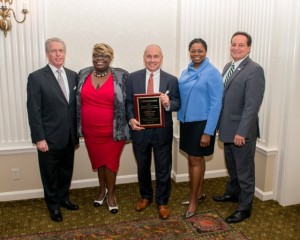 “This is such a worthy cause,” said Mr. Sowa. “Unfortunately, we find ourselves living in an environment where barriers are literally and figuratively being built…. When you think about all of the injustices today, this is how change is being done.” 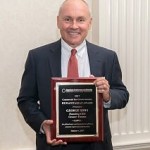 The Commercial Real Estate Awards benefit raised more than $50,000, which will provide opportunities for high schools and students across the tri-state area to attend the Lead for Diversity Institute, formerly known as Anytown. Lead for Diversity (LFD) is a leadership-development program designed to help youth recognize, address, and challenge bias, bullying, and oppression based on ability status, age, body image, race, ethnicity, gender, national origin, religion, sexual orientation, and socioeconomic status. Since 1995, the LFD Institute has had more than 3,400 graduates. Eighty-five percent of the LFD Institute volunteers are graduates of the institute.

After attending LFD Institute this past summer, “I learned that we’re one step closer to changing the world, its views, and its problems,” said Andrew Kardos, a junior at Spotswood High School, who spoke during the event. 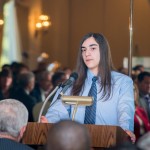 In addition to the more than $50,000 raised during the community uniting reception, New Jersey Resources’ (NJR) Customer & Community Relations Director and Co-Chair of the American Conference on Diversity Board of Trustees Thomas F. Hayes announced the return of ACOD and NJR’s “No Hate in Our State” challenge. NJR will award ACOD $25,000 to support the organization if the community helps raise $75,000. That would mean that this effort has the potential to generate $100,000 to support youth leadership work to build more inclusive schools.

“This is an organization that needs to be here, but it needs all of us to be behind it,” said Mr. Hayes. “We have the organization come out and train our employees, and there are facets that all of us can use.”

The Commercial Real Estate Awards began more than 40 years ago by the National Conference of Christians and Jews. Today, as the American Conference on Diversity approaches its 70th anniversary, support from community leaders is needed more than ever to help the nonprofit continue its mission: to building just and inclusive schools, workplaces, and communities through awareness, education, and advocacy. 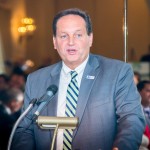 “It’s often said that those who do not learn from history are doomed to repeat it,” said Kenneth R. Orchard, President of TriState Capital Bank and a key member of the event planning committee. “The American Conference on Diversity advocates for meaningful social change in our communities through education.”

“When we learn to respect because of differences and not in spite of our difference, we create greater understanding across cultural divides,” said ACOD President and CEO Elizabeth Williams-Riley. “Your support today provides students and schools from communities impacted most by social and economic disparities the opportunity to challenge stereotypes and open their minds.”

Want to support the American Conference on Diversity but were unable to attend the Awards Ceremony? You can join the No Hate in Our State challenge and make a donation here. 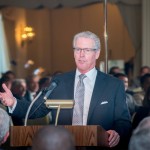 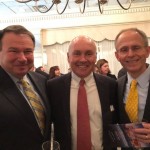 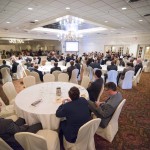 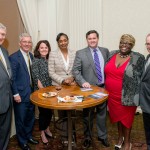