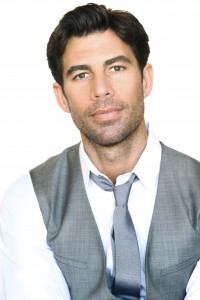 The American Conference on Diversity will honor Nicholas A. Ferroni, a Union High School (NJ) history teacher, with the Diversity in Education Champion Award on Thursday, April 6, during the 69th Annual Humanitarian Awards Gala at the Pleasantdale Château in West Orange, NJ.

Mr. Ferroni is an educator and nationally recognized social activist who mentors and inspires students to reach their goals, while driving a national dialogue about education reform. As a teacher to mostly lower income students in his hometown of Union, Mr. Ferroni developed a “Teach the Truth” campaign to incorporate more minority figures in social studies curriculum, as well as to include the history of the gay and lesbian civil rights movement. In addition, he helped found his school’s Gay Straight Alliance and Feminist Club.

His social experiment on the importance of gender equality in politics went viral, garnering the attention of news outlets and television programs nationwide. The View’s Whoopi Goldberg called it “the best social experiment ever.” Watch this video of Mr. Ferroni helping students explore what it means to be disproportionately represented in Congress: http://bit.ly/2lsZVsh.

Mr. Ferroni also released a controversial PSA, “Preach What You Practice,” calling on today’s top professional athletes and reminding them of their obligation as a role model to help improve the nutritional health of America’s youth.

Mr. Ferroni was recently named “Upstander of the Year” by the Human Rights Campaign for his outspoken advocacy and support for LGBTQ youth. He was noted as one the “100 Making a Difference” and one of the “Most Influential Educators in America.” His expertise and strong opinions about education have made him a sought-after expert on nationally known platforms, including ABC’s The View, MSNBC, The Huffington Post, and more.