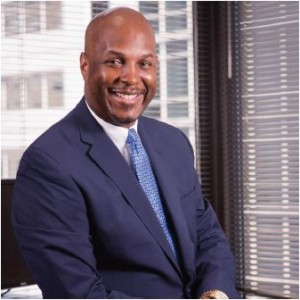 American Conference on Diversity will recognize the Hispanic Association on Corporate Responsibility (HACR) CEO Cid Wilson with the Diversity and Inclusion Champion Award on Thursday, April 6, at the Pleasantdale Château in West Orange, NJ.

Aligned with the mission of the organization to create inclusive workplaces, communities, and schools, Mr. Wilson directs programs and initiatives aimed at encouraging Fortune 500 companies to include more Hispanics in employment, procurement, philanthropy, and governance.

Cid Wilson was named the Hispanic Association on Corporate Responsibility’s (HACR) President and Chief Executive Officer in July 2014, bringing more than 20 years of corporate finance and Wall Street equity research experience. He manages a staff of talented and dedicated professionals and works closely with corporate board members, Hispanic organizations, and corporate partners around the country.

A proud Dominican American, with Bergen County, NJ, roots, his interest in serving the community has been exemplified through board membership with leading minority advocacy groups, including LatinoJustice PRLDEF (formerly the Puerto Rican Legal Defense & Education Fund), the National Council of La Raza (NCLR), and Dominicans on Wall Street. He is the former national president of the Dominican American National Roundtable (DANR), former vice chairman of the board of trustees for Bergen Community College, a former trustee ambassador to the New Jersey Council of County Colleges, a former member of the Association of Community College Trustees’ (ACCT) National Board of Directors, and a Gold Life Member of the NAACP.