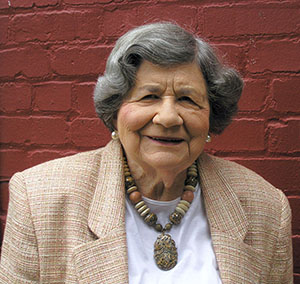 In 1939, as a freshman at Senn High School on the North side of Chicago, E. Betty Levin was “knocked off my seat when I heard about an upcoming assembly featuring Frank Sinatra.” The special gathering, sponsored by the American Conference on Diversity’s predecessor, the National Conference on Christians and Jews (NCCJ), was not to include a Sinatra vocal performance. Instead, it would be a life-changing panel discussion for Levin and her classmates focused on “Brotherhood” that included a priest, a rabbi, and Sinatra.

For Levin, it was a cathartic event.

“I don’t remember everything they said, but just seeing men of the cloth from different religions sharing the stage shoulder to shoulder, listening to each other, held my rapt attention,” she recalls. “I didn’t know priests and rabbis spoke to one another, much less shared similar ideas.”

During that time, NJ-native Sinatra led the nation through difficult times by promoting values that are more important today than ever: to respect people of different beliefs and perspectives. In 1945, Sinatra starred in an award-winning short film titled “The House I Live In” to advocate against anti-Semitism and prejudice at the end of World War II.

Levin was no stranger to these ideals. Raised by a Russian immigrant father “who would constantly talk about unions and fairness,” she had a dream at age 5 that essentially led her to pursue her goals of creating a more humane world.

“From early childhood, I wondered why people of different religions set themselves apart. Religion was supposed to make you a better person. But if it kept people separated, even distrustful, sometimes angry at each other, where was the good?” she asks. “The high-school discussion demonstrated that people from different religions and perspectives could find common ground.”

Today, the 90-year-old Millburn, NJ-based psychotherapist is one of the founders of the NJ Association of Women Therapists and a longtime member of the Ethical Culture Society of Essex County, a progressive non-theist religion dedicated to living ethically in a complex world. What’s more, Levin’s enthusiasm to find common ground and explore human relations is pronounced. She’s currently penning her experiences in a soon-to-be-released memoire.

As religious intolerance and hate hit fever pitch nationally with the upcoming presidential election, the American Conference on Diversity’s mission is more important than ever: to build just and inclusive schools, workplaces, and communities through awareness, education, and advocacy.

Since 1927, our organization has worked with individuals and organizations to educate and empower and stand up against hate in all forms. Some historical highlights:

1933: The Tolerance Trio, consisting of a minister, a rabbi, and a priest, traveled across America to encourage people to embrace intergroup understanding. During WWII, this religious trio provided spiritual guidance to the armed forces, reaching more than 8 million enlistees.

1934: President Franklin D. Roosevelt started the precursor of Brotherhood/Sisterhood Week, held annually during the third week in February, as its first Honorary Chairman.

1961: President John F. Kennedy recognized NCCJ for doing more than “perhaps any other factor in our national life to provide for harmonious living among our different religious groups.”

1977: NCCJ led a nationwide series focused on the Holocaust, leading to a Congressional Act that established the National Holocaust Remembrance Week.

Today, our Lead for Diversity program established in 1995 has more than 3,000 graduates. Our organization’s continued vision is to promote social justice and make our places of worship, our workplaces, and our educational institutions a better place for all of us — not just some of us. Please help support our mission by donating today.