When Montclair High School senior Carlos Lejnieks signed up for the inaugural Anytown program in New Jersey in 1995, “I thought it was just another summer leadership camp for students,” he says. “Little did I know that that dynamic experience was training me for life!”

Flash forward to today and you’ll find Lejnieks dining with the Dalai Lama, visiting Yogi Berra, and serving as President and CEO of the Newark, NJ-based Big Brothers Big Sisters of Essex, Hudson & Union Counties, which provides children facing adversity with supportive one-to-one relationships that change their lives for the better, forever.

Lejnieks is no stranger to adversity. Raised by a single mother from Ecuador, he had always been a straight-A student and active in school activities and sports. But when his mother lost her job and their house slipped near foreclosure, the 15-year-old briefly dropped out of school to help out. Fortunately, upon his return, a guidance counselor recognized the young man’s unlimited potential and suggested he attend Anytown.

“I still reflect on Anytown, because many of the people I met there are a part of my life today,” he recalls.

This year marks the 20th anniversary of the American Conference on Diversity’s Lead for Diversity (LFD) Institute, formerly known as Anytown. Our organization has worked with more than 120 schools and 3,200 student delegates throughout New Jersey to enhance their leadership and social skills and empower them to work in diverse workplaces, schools, and communities. Like Lejnieks, the vast majority of LFD delegates say the experience had a significant impact on their career choice, leading them to education, social work, healthcare, government, law, and nonprofit work. 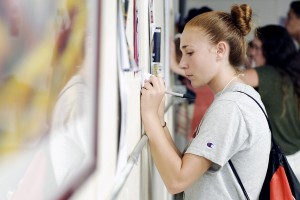 Following his high-school graduation, Lejnieks’ potential took root. He attended Brown University (after convincing his hometown hero Yogi Berra to write his letter of recommendation!) and the London School of Economics and Political Science. He landed jobs on Wall Street, in state government as well as within education. Along the way, Lejnieks made a commitment to give back to the American Conference on Diversity where, for seven consecutive years, he served as a LFD volunteer and counselor.

“In a world full of millions of people, it’s nice to be part of a group of people who share a common bond,” he says. “And if you know good people, you’ll do good things.” 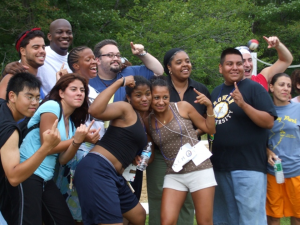 Each year, about 100 students from racially and geographically diverse New Jersey high schools follow Lejnieks’ footsteps in this life-changing experience. LFD Institute begins with a weeklong summer residential retreat in Dingmans Ferry, PA. There, delegates collaborate with their school advisors to create diversity Action Plans that address challenges specific to their schools and/or districts. Their Action Plans are then implemented throughout the school year. The successful implementation of these Action Plans has the potential to open the hearts and minds of more than 20,000 students, educators, and community members.

LFD Institute is today’s version of the Anytown youth program that started in 1956 in California in response to the integration of schools by National Conference of Christian and Jews. Over the years the program has been replicated and redesigned in more than 64 cities and 32 states across the country, gaining national attention and featured on the Oprah Winfrey Show. For more on the program’s impact, download our Survey Report (http://americanconferenceondiversity.org/wp-content/uploads/2013/01/LFD-2012-Report-Brochure.pdf) and Advisors’ Evaluation Report (http://americanconferenceondiversity.org/wp-content/uploads/2013/06/ACD-LFD-ExecSum-083010.pdf). 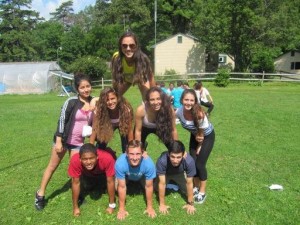 This year’s 20th anniversary LFD celebration week will kick off July 12 to 17, with corporate volunteers working with students and advisors on Action Plans, enjoying the traditional “song fest,” and more. Please follow us on Twitter, Facebook, Google+, or Instagram to see what this year’s team of delegates are doing and to find out how the American Conference on Diversity is building a pipeline of open-minded leaders.

Says first-year graduate Carlos Lejnieks: “I learned to be sincere about giving service, not to burn bridges, and to fight for what’s right.” 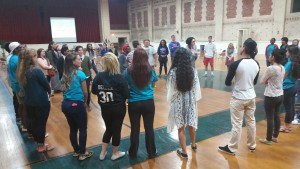 Educators: Interested participating in our 2016 Institute? Please contact Bari Katz at bari@americanconferenceondiversity.org or click here. The LFD Institute is for high-school students who have demonstrated leadership and have the potential to influence change on their campus. All students must be entering grades 10, 11, and 12 during the 2016-2017 school year.

If you’d like to support our LFD students this summer and when they return to their schools to implement their Action Plans, please visit http://americanconferenceondiversity.org/donate/.