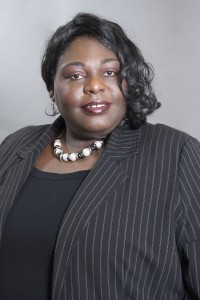 The sobering statistics in this article along with the legacy of injustice toward Black males and inherent bias by law enforcement contribute strongly to today’s gulf of mistrust between law enforcement and communities. The image of the dangerous and violent Black male is rooted in the desire for freedom during captivity as slaves and today continues with wearing a hoodie or simply being in the “wrong place.” In blockbuster movies such as Django Unchained and 12 Years a Slave, this harsh reality confronts our society, is reinforced by the media, and, ultimately, within the minds of society—nationally and globally. If Black males stopped wearing hoodies, that many others wear, would there be a sudden shift in the perception of fear? Would racial profiling decline? Would Black males gain greater respect?

In America, there must be an increased level of accountability from all races. Individuals have to make an honest effort to break down stereotypes and interrupt bias attitudes and behaviors. Black males have to re-evaluate to what extent they embrace the stereotypes that have become the case statement as to why they don’t receive the value and respect they deserve. Likewise, actions as a result of inherent racial bias must be dealt with personally, publicly, professionally, and swiftly. It’s in the defining moment where your implicate bias will take over or not. We all are exposed to bias and prejudice, but we all do not have the power to infuse them in our institutions or through various systems. Otherwise, as witnessed during the Ferguson and now national protests, entire communities can be torn apart in unrest.

Disparities rooted in inherent bias can be found in our own backyard. A study of traffic stops on the New Jersey Turnpike, for instance, found that Blacks were 35 percent of those pulled over. But only 13.5 percent of the cars on the turnpike had a Black occupant and Blacks were only 15 percent of all traffic violators.

November 25, 2006: 23-year-old Sean Bell was gunned down by undercover NYPD officers on the morning before his wedding.

Common denominator: All of the victims of various ages were Black men who died by the hands of law enforcement. Similar senseless killings also involve people acting as “the law.” Nearly three years ago in Sanford, Fla., 17-year-old unarmed Trayvon Martin was slain by neighborhood watch coordinator George Zimmerman, who claimed self-defense. In Jacksonville, Fla., Michael Dunn shot and killed unarmed 17-year-old Jordan Davis after a dispute over loud music at a gas station. Dunn’s defense—that he too feared for his life—did not hold up in court.

Between 2005 and 2012, a white officer used deadly force against a Black person almost two times every week, according to FBI justifiable homicide reports. Although such incidents occur to Black males of all ages, ProPublica analysts have found that young Black males ages 15 to 19 are 21 times more likely to be shot and killed by police than their white counterparts.

The lucky ones survive. In September, South Carolina State Trooper Sean Groubert fired several rounds at Levar Jones, who is Black, for reached into his vehicle to grab his ID after a routine seatbelt violation stop. Jones will undoubtedly live with the injury and trauma of the incident for a lifetime.

Even if Black males survive police violence after frequently being stopped, they will have a higher incarceration rate than white males. Blacks make up 40.1 percent of the almost 2.1 million male inmates in prison, reports the U.S. Department of Justice.

With a renewed global focus on the state of race relations in the United States, analysts are calling attention to more long-term, systemic disparities, ranging from the racial/ethnic wealth gap to local leaders who don’t mirror the demographic makeup of the communities they serve. (The Ferguson Police Department is nearly 95 percent white, while Blacks make up the majority residents.) There is a Jamaican saying I recently learned, “See me is one thing—come live with me is another.” This statement simply hones in on the truth that misunderstandings that emerge are also connected to the lack of value or appreciation for cultural dynamics that may be different from your own.

A colleague of mine recently shared a story about an exchange between a young Black male and his co-worker from India. After working together for a number of years, they grew to trust and respect each other. His co-worker expressed to him that she was taught to fear him. He questioned, why? She replied, “Black men were considered dangerous and were people I should avoid.” She could not recall where the message had its origin, but she refused to pass it on. She wanted him to know because he meant something to look into his eyes and have no fear. This young man—generations apart from her, large in stature, and of Muslim faith­—also appreciated hearing the truth and realizing not everyone has to buy into their early messages. That day he was beyond a stereotype in her eyes. It was a truth he already knew regardless of his skin tone, his size, his clothing, his speech, his neighborhood, his mannerisms, or even his past. This is the power of engaging in dialog and opening our minds to new realities.

It will take an unprecedented effort by local leaders to work together to shift this paradigm of mistrust. I applaud the work of Atlantic City Police Chief Henry White and his force as they create programs to engage with the community, such as Coffee with a Cop and Pizza with the Police. These programs are initial steps in reaching youth and adults to foster greater trust and appreciation for the role police officers have to protect and serve. It’s these encounters that change the images of law enforcement from the enemy to the friend. In addition to these types of community-based initiatives, officers should be required to attend anti-bias training that’s encouraging (not accusatory) and cooperative (not confrontational). If conducted by a diversity professional, the sessions will be held in a “safe” environment to promote open and honest dialog. Political, community, and faith leaders also are called upon to increase civic engagement with local social-justice organizations to get a better sense of the challenges residents are facing. School districts and educators must collaborate with youth-focused organizations to develop community leaders of tomorrow who will be equipped to cope with confrontations using non-violent means.

After all, we all deserve a chance to create a more inclusive safe place to live and enjoy a rich quality of life that is rooted in respect and understanding. When we are all valued and appreciated, there is no need for FEAR.

Elizabeth Williams-Riley is President and CEO of the American Conference on Diversity, a New Brunswick, N.J.-based organization that values diversity, educates leaders, and promotes respect.