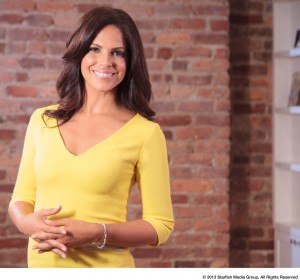 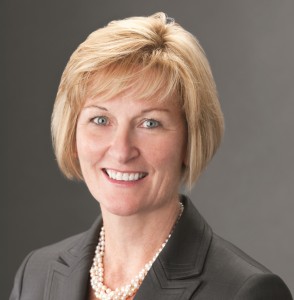 The American Conference on Diversity will celebrate the accomplishments of outstanding individuals and organizations committed to diversity and inclusion and essential to New Jersey’s success during the spectacular 66th Anniversary State Humanitarian Dinner. This annual event will be held at the Pleasantdale Chateau in West Orange, NJ, on Thursday, April 3.

The American Conference on Diversity State Humanitarian Dinner is one of New Jersey’s premier events for corporate and community leaders to network, enjoy an evening of cocktails and entertainment, and help raise funds to support leadership-development programs for high-school students throughout the state. An exciting silent auction will include art, sports memorabilia, Judith Ripka jewelry, and more.

The 2014 State Humanitarian honorees, including the recipient of the new Bridge Builder Award, are:

► Humanitarian Award – U.S. Senator Cory A. Booker is the first Black U.S. Senator from New Jersey. He served as mayor of Newark, NJ, from 2006 to 2013 before being elected to the United States Senate in a special election in October 2013. During his tenure as mayor, he made economic development, greenspace expansion, and reducing crime  priorities. Sen. Booker grew up in the suburbs of northern New Jersey and earned undergraduate and graduate degrees from Stanford. He then studied in England on a Rhodes Scholarship, earning another graduate degree in American history. After graduating from Yale College of Law, Sen. Booker began his career in the world of nonprofit law. In 1998, he was elected to the Newark City Council, launching his successful political career.

►Humanitarian Award – Soledad O’Brien is an award-winning journalist, documentarian, news anchor, producer, and television personality. In June 2013, O’Brien launched Starfish Media Group, a multi-platform media production and distribution company, dedicated to uncovering and producing empowering stories that take a challenging look at the often divisive issues of race, class, wealth, poverty, and opportunity, through personal stories. She is the originator of the highly successful documentary series “Black in America” and “Latino in America,” which will continue being produced under Starfish Media Group (SMG). Through SMG, O’Brien will also contribute additional programming to CNN, HBO Real Sports, Al Jazeera America, and National Geographic Channel. In the wake of Hurricane Katrina, O’Brien and her husband, Brad, created The O’Brien Raymond Starfish Foundation to help disadvantaged young women get to and through college.

►Humanitarian Award – Kathleen T. Ellis, is the Chief Operating Officer at New Jersey Natural Gas, where she is responsible for the delivery of energy and customer service to over half a million residential and business customers. Additionally, she oversees the development and successful implementation of marketing strategy and new business development, long and short-term communication, regulatory, government relations and environmental policies and strategies, and the development and implementation of all customer and community relations programs. Ms. Ellis serves as President of the Board of Directors for 180 Turning Lives Around and is a board member of Meridian Hospitals Corporation, PAM’s List – New Jersey, and New Jersey Future, serving as Secretary and an Executive Committee member. She is also an advisory board member of Interfaith Neighbors, Inc., in Asbury Park and the New Jersey Climate Adaptation Alliance Advisory Committee at Rutgers’ Bloustein School.

►NEW Bridge Builder Award – The New Jersey Devils, a professional ice hockey team based in Newark and the only major sports team to brand itself as a New Jersey franchise, is committed to building bridges across NJ communities. The organization’s goal is to create a better future for today’s youth through a variety of organized athletic programs. Though the charitable foundation of the New Jersey Devils and Prudential Center, Devils Care, the organization has raised and donated funds, goods, and services to ease the suffering of New Jerseyans. For a copy of the latest Devils and Prudential Center Foundation Community Report, click here.

To purchase tickets for the 66th Anniversary State Humanitarian Dinner, contact our Gala Coordinator Barbara Getze at bgetze@aol.com or (800) 626-8097. Tickets must be purchased in advance. Special Anniversary ads and sponsorship opportunities are also available.