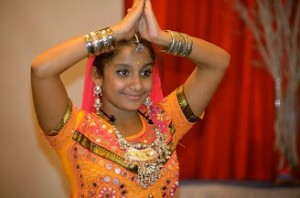 “These are stories of the past and present showing up in our future. These trailblazing women are sharing their defining moments of faith and paving the way for others,” said American Conference on Diversity President & CEO Elizabeth Williams-Riley during the welcoming remarks. 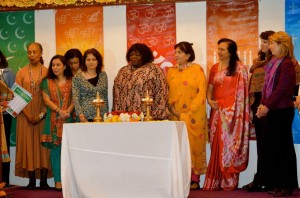 Pam Kwatra (shown center right), co-founder and national director of SABAN and a member of the American Conference on Diversity board of directors, kicked off the evening of fellowship with a collaborative and traditional Loving Light candle lighting ceremony.

“For past five years, this partnership had a special meaning. Faith in diversity is nothing more than different roads leading you to the same God or higher being,” said Ms. Kwatra. “Let us light candles of hope and freedom, praying that all beings feel the ripple effect of peace, love, and harmony.” 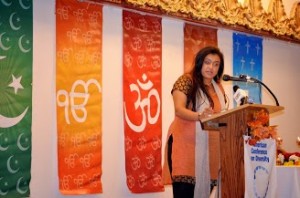 ►Dr. Khyati Joshi (shown), one of our 2012 Greater Bergen Chapter Humanitarian Award honorees, a published author, and Fairleigh Dickinson University Associate Professor of Education whose work intersects racial, religious, and all other dimensions of diversity and inclusion, encouraged attendees to understand the process of “lived religion.”

►Atiya Aftab, Esq., the first woman chair of the board of the Islamic Society of Central Jersey, told about her multicultural/interfaith background and shared several defining moments that taught her to “never be ashamed of who you are.”

►Rabbi Stephanie Dickstein, LMSW, spiritual care coordinator at the Shira Ruskay Center of the Jewish Board of Family and Children’s Services who was part of the second class at the Jewish Theological Seminary to include women, explained how she helped write Jewish neonatal death law.

►Camelia Valdes, Esq., a Christian who is the first Latina County Prosecutor in New Jersey, the first woman prosecutor in Passaic County, and the first lead prosecutor of Dominican ancestry in the United States, said: “Issues that affect Muslim women, affect Latina women, and affect all women. Whoever your higher being is, please stay connected.” 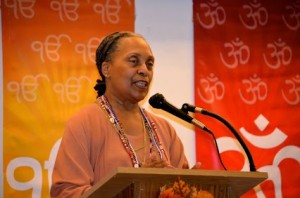 ►Cassandra Martin MHS (shown), training and organizational development specialist at Rutgers, The State University of New Jersey, and a Priestess of the Lucumi (or Santeria) faith, revealed how her religion commemorates all the forces of nature and said, “Tonight is my defining moment.”

►Dr. Yesim Acikel, a representative of Peace Islands Institute, a Newark-based human equality organization that promotes mutual respect and acceptance among all people and religions, prompted the audience to “get out of your comfort zones and get to know people with different preferences, cultures, and religions.” 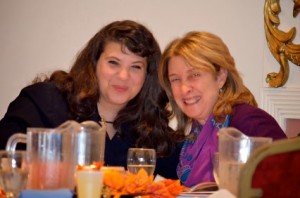 ►Sheryl Olitzky (shown right with Atiya Aftab, Esq.), a woman of Jewish faith, shared how she began to study the often-misunderstood Islamic faith and co-found the national organization Sisterhood of Salaam/Shalom for Jewish/Muslim interfaith relations after visiting Auschwitz concentration camp.

►Dr. Indira Taneja, Assistant Professor, Department of Pediatrics, Rutgers-New Jersey Medical School, who represented the Science of Spirituality, illustrated how meditation is the process of the mind that has incredible powers to “heal the body, mind, and soul.”

►Renee Lobo, a Hindu woman, acclaimed broadcast journalist, and president of Reenbow Media, spoke of women and empowerment through faith. “Hinduism taught me about gratitude and service and inner strength,” she said. 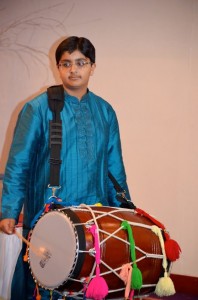 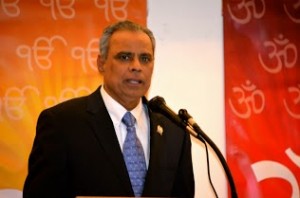 “Serving humanity—that’s what it’s all about,” said Assemblyman Chivukula (shown), during his presentation. “It’s easy to talk about spirituality but difficult to practice it. Let us use [faith] to build bridges, not walls, to make this world a better place.” 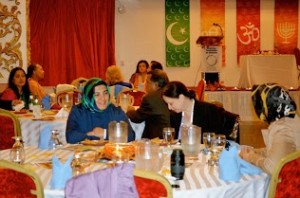 “Faith in Diversity” was the first of five informative diversity events the American Conference on Diversity will be hosting this fall. For more information about our next initiative, the Greater Bergen Chapter Diversity Legacy Breakfast and Defining Moment in Diversity Community Conversation on October 24, please visit http://americanconferenceondiversity.org/th_event/greater-bergen-area-diversity-legacy-breakfast.