The RACE No One Is Winning 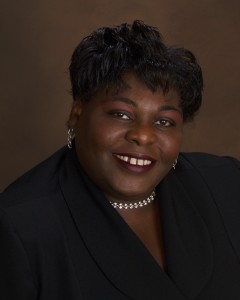 When you peel back the onion on the national and global dialog surrounding race after the George Zimmerman verdict, you discover that everyone suffers. Whites suffer. People of color suffer. Our nation suffers. We still struggle to live out our creed.

Although the issue of race will show up in different ways depending where you stand, the lack of respect to people of color is just as damaging to whites as it is to Blacks. One side will reap the benefits of a racially unjust society, while the other will feel the negative impact. RACE, a social construct used to set us apart, continues to create defining moments in our nation’s history with no finish line in sight.

In the case of Zimmerman, sure he pulled the trigger of the gun. But the stereotypes and the generalizations he made led to this unfortunate loss of a young life. The cycle of prejudice was definitely in motion. Zimmerman had a preconceived notion of Black males and the idea that Trayvon didn’t belong in the neighborhood his father lived.

This image of the dangerous, violent, hoodie-wearing Black male is reinforced by the media and, ultimately, within the minds of society—whites and Black males alike. There have been numerous calls for boycotts and other protests in reaction to the verdict. What if people stopped buying hoodies? Sales would decline, right? So if Black males stopped wearing hoodies, would racial profiling decline? Would Black males gain greater respect?

In Black and white American, there must be some level of accountability. Black males have to stop allowing their behaviors to be the case statement as to why they don’t receive the value and respect they deserve. For example, a disproportionate number of Black men are accused of perpetuating crime. Roughly 13 percent of the American population is African American, but Black males make up 40.1 percent of the almost 2.1 million male inmates in prison, reports the U.S. Department of Justice. A few more shocking statistics from the American Community Survey on the racial disproportion of the incarcerated population:

These statistics along with the legacy of injustice toward Black males and internalized oppression contribute strongly to tensions we face. How can we ignore these stats? How can we omit the number of innocent Black men among these numbers? Who’s responsible for this? How can we change this perception so young Black men wearing hoodies and eating Skittles are safe on our streets?

These are questions and issues that people of all races and ethnicities need to start thinking about and dealing with. With protests occurring globally as a result of the Zimmerman verdict, it’s no longer us versus them. The issue of racial injustice is a conversation for everyone! But we must be clear about what we want to achieve in our discussions. Policy changes? New gun laws? Justice for the death of Trayvon? The conversational focal points should be on allowing people to be their authentic selves and operating with “purity of motive.”

We need to have more winning conversations on race so Trayvon’s death—and the thousands of other Black males before him who perished and their killers walked away scot-free—were not in vain.