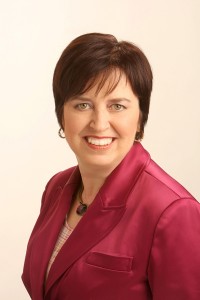 As Women’s History Month winds down, the American Conference on Diversity will recognize the outstanding efforts of Carol Evans, President & Founder of Working Mother Media, during the 2015 Statewide Humanitarian Awards Fundraiser on Thursday, April 2.

“We are honored to recognize Carol Evans with this year’s Diversity Ambassador Award,” says American Conference on Diversity President and CEO Elizabeth Williams-Rile. “Carol has been at the forefront of advancing women in the workplace nationwide for more than 30 years – and she continues to help open doors of opportunity for our next generation of female leaders.”

Ms. Evans involvement with Working Mother magazine dates back to 1978, when she played a critical role in the launch as VP Publisher for the first decade. In 1986, she founded the Working Mother 100 Best Companies, still the most important workplace benchmark for family-friendly companies. Between 1989 and 2001, Ms. Evans ran two publishing companies. She was president of Stagebill and COO of The Chief executive Group. In August 2001, Ms. Evans founded Working Mother Media by acquiring Working Mother magazine and the National Association for Female Executives (NAFE), becoming the first mom to own Working Mother. She has launched several key initiatives to support the advancement of women, including Best Companies for Multicultural Women, Best Law Firms for Women, and Best Companies for Hourly Workers. In 2006, Work Mother Media acquired Diversity Best Practices (DBP), the leading membership organization supporting diversity and inclusion in the workplace. DBP’s conferences, research, and publications allow companies to leap ahead on their diversity journey.

A graduate of Empire State College/SUNY, Ms. Evans serves as Vice Chairman of the Board of the March of Dimes. Ms. Evans has won numerous awards including the Admiral Grace Hopper Women’s Diversity Champion Award/U.S. Navy; Dr. Martin Luther King Visionary Award/Walmart; Work-Life Legacy Award/Families and Work Institute; the Highest Leaf Award/Women’s Venture Fund; Excellence in Women’s Health Award/Jacobs Institute and the YWCA Hall of Fame. She was the first woman to serve on the board of the public company KCLC.

Ms. Evans is a highly acclaimed keynote speaker on the advancement of women, work-life balance, barriers facing women of color, and leadership. She has appeared on every major talk show including The Today Show, Oprah, Good Morning America, and PBS’ To the Contrary. Her opinions have been heard on hundreds of radio shows and published in newspapers nationwide.

Ms. Evans’ book, the award-winning This Is How We Do It: The Working Mothers’ Manifesto, was published in May 2006 by Penguin Group. She is most proud of being mom to Julia Rose (24) and Robert (27 and wife of Bob Coulombe.

Along with honoring Ms. Evans, the American Conference on Diversity will present awards to the following outstanding individuals:

The Annual Humanitarian Awards gala helps the American Conference on Diversity raise funds to provide more than $65,000 in scholarships for students and schools throughout New Jersey to participate in Lead for Diversity (LFD) Institute, a yearlong program to help youth develop leadership and human-relations skills that position them for successful careers.

The fundraiser, including a silent auction of artwork, sports memorabilia, and fine jewelry items, will be held at the fabulous Pleasantdale Château from 6 p.m. to 9:30 p.m. at 757 Eagle Rock Avenue, West Orange, NJ 07052. Seats are limited and filling up fast! Purchase tickets today by contacting Gala Coordinator Barbara Getze at bgetze@aol.com or (800) 626-8097 today. Tickets must be purchased in advance. Special Anniversary ads and sponsorship opportunities are also available to both demonstrate your commitment to our leadership-development program and to recognize Ms. Evans and these outstanding honorees.