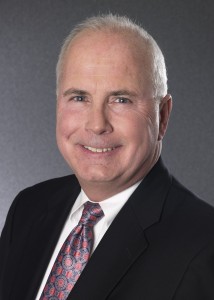 The American Conference on Diversity will present Investors Bank President and CEO Kevin Cummings with this year’s Corporate Humanitarian Award during the Annual Statewide Fundraising Gala on Thursday, April 2.

“I am honored and humbled to receive the Corporate Humanitarian Award,” said Mr. Cummings, 59. “I accept this honor on behalf of every Bank employee, all who reflect the humanitarian spirit in their work and commitment to the communities we serve. The American Conference on Diversity and Investors Bank share common goals of building strong character, developing leadership skills, and providing boundless opportunity for this and future generations of New Jersey’s youth.”

Mr. Cummings and the Senior Executive Management team are guiding the Bank’s strategic expansion and evolution into a full-service community and commercial bank. Under this current Executive Team’s leadership, Investors is experiencing significant growth while remaining financially strong and well-capitalized. The Bank’s outstanding level of performance was recognized as one of the top 25 performing, publicly traded, small-cap banks in the U.S. on Sandler O’Neill’s “Bank & Thrift Sm-All Stars” report for three consecutive years beginning in 2011. Investors was named on Forbes’ “Best Banks in America” list in both 2012 and 2013 and in 2012 appeared on Fortune’s “Top 100 Fastest Growing Companies” list. In addition, Mr. Cummings was the only banker named on NJBiz’s 2013 “Power 50 Real Estate & Construction Report” and received the Ernst & Young Entrepreneur of the Year® 2011 New Jersey Award for his success in transforming the Bank into a growth company.

Prior to joining Investors Bank, Mr. Cummings had a 26-year career with the independent accounting firm of KPMG LLP. He was an audit partner in the Financial Services practice in the New York office and lead partner on a major commercial banking client. Mr. Cummings also worked in the New Jersey community bank practice for more than 20 years serving clients such as Summit Bank, Valley National Bank, Provident Bank, and Hudson City Bank.

A 1976 graduate of Middlebury College in Vermont with a BA in Economics, Mr. Cummings was the recipient of the Harry M. Fife Award for Excellence in Economics and Athletics. While at Middlebury, he played basketball and baseball, and ended his basketball career as the school’s all-time leading scorer. After college graduation he earned a Master’s in Business Administration from Rutgers University School of Business and gave the commencement address for the MBA Program’s graduation ceremony in May 2013. Mr. Cummings is a certified public accountant and has been a frequent speaker at seminars on topics ranging from mergers and acquisitions, to business leadership, as well as marketing and branding.

Born and raised in Jersey City, Mr. Cummings is one of five siblings. He and his wife of 33 years, Patricia, are residents of Summit, NJ.

Mr. Cummings has served as a Commissioner on the Summit Board of Recreation. He is a Trustee of The Scholarship Fund for Inner-City Children, a Trustee of the Liberty Science Center, a Trustee for the Visiting Nurse Assn. Health Group, and the former Chairman of the Board and current member of the Executive Committee of the New Jersey Bankers Association. He is also a board member of The Federal Home Loan Bank of New York (FHLBNY), the Independent College Fund of New Jersey, and the All Stars Project of New Jersey. Most recently, he agreed to serve as a member of the Development Leadership Council of Morris Habitat for Humanity.

Along with recognizing Mr. Cummings, the American Conference on Diversity will present awards to the following outstanding individuals:

The Statewide Humanitarian Awards gala helps the American Conference on Diversity raises funds to provide more than $65,000 in scholarships for students and schools throughout New Jersey to participate in our Lead for Diversity (LFD) Institute, helping youth develop leadership and human-relations skills that position them for career success.

The fundraiser, including a silent auction of artwork, sports memorabilia, and fine jewelry items, will be held at the spectacular Pleasantdale Château from 6 p.m. to 9:30 p.m. at 757 Eagle Rock Avenue, West Orange, NJ 07052. Seats are limited and filling up fast! To purchase tickets, contact Gala Coordinator Barbara Getze at bgetze@aol.com or (800) 626-8097 today. Tickets must be purchased in advance. Special Anniversary ads and sponsorship opportunities are also available to both demonstrate your commitment to our leadership-development program and to recognize Mr. Cummings and these outstanding honorees.