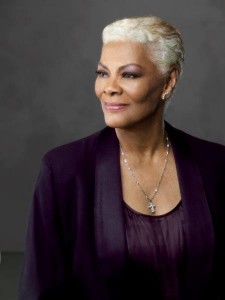 The American Conference on Diversity will pay tribute to music legend and New Jersey-native Dionne Warwick during a special 20th Anniversary Statewide Fundraising Gala on April 2 in West Orange, NJ.

“Ms. Warwick’s illustrious career in which she broke gender and racial barriers as well as her philanthropic work are extraordinary,” says American Conference on Diversity President & CEO Elizabeth Williams-Riley. “Ms. Warwick’s Legacy Humanitarian Award is well-deserved – and we are honored to pay tribute to the rich legacy of one of New Jersey’s remarkable Houston family members during such a defining moment in our nation’s history.”

Ms. Warwick has become a cornerstone of American pop music and culture. Scintillating, soothing, and sensual best describe the familiar and legendary voice of the five-time Grammy Award-winning music legend. Ms. Warwick’s career, which currently celebrates 50 years, has established her as an international music icon and concert act. She has earned more than 75 charted hit songs and sold over 100 million records. After being discovered by Burt Bacharach and Hal David in 1961, she had her first hit in 1962 with “Don’t Make Me Over.” Less than a decade later, she had released more than 18 consecutive Top 100 singles, including her classic Bacharach/David recordings, “Walk on By,” “Anyone Who Had a Heart,” “Message to Michael,” ”Promises Promises,” “A House is Not a Home,” “Alfie,” “Say a Little Prayer,” “This Girl’s in Love With You,” I’ll Never Fall in Love Again,” “Reach Out for Me,” and the theme from “Valley of the Dolls.”

Ms. Warwick received her first Grammy Award in 1968 for her mega-hit, “Do You Know the Way to San Jose?” and a second Grammy in 1970 for the best-selling album, “I’ll Never Fall in Love Again.” She became the first African-American solo female artist of her generation to win the prestigious award for Best Contemporary Female Vocalist Performance. This award was only presented to one other legend, Miss Ella Fitzgerald. Other African-American female recording artists earned their share of crossover pop and R&B hits during the 1960s; however, Ms. Warwick preceded the mainstream success of her musical peers by becoming the first such artist to rack up a dozen consecutive Top 100 hit singles from 1963 to 1966.

Ms. Warwick’s performance at the Olympia Theatre in Paris during a 1963 concert starring the legendary Marlene Dietrich skyrocketed her to international stardom. As Ms. Warwick established herself as a major force in American contemporary music, she gained popularity among European audiences as well. In 1968, she became the first solo African-American artist among her peers to sing before the Queen of England at a Royal Command Performance. Since then, Ms. Warwick has performed before numerous kings, queens, presidents, and heads of state.

Ms. Warwick’s recordings of songs such as “A House is Not a Home,” “Alfie,” “Valley of the Dolls,” and “The April Fools” made her a pioneer as one of the first female artists to popularize classic movie themes.

She began singing during her childhood years in East Orange, initially in church. Occasionally, she sang as a soloist and fill-in voice for the renowned Drinkard Singers, a group comprised of her mother Lee, along with her aunts, including Aunt Cissy, the late Whitney Houston’s mom, and her uncles. During her teens, Ms. Warwick and her sister Dee Dee started their own gospel group, The Gospelaires.

Known as the artist who “bridged the gap,” Ms. Warwick’s soulful blend of pop, gospel, and R&B transcend race, culture, and musical boundaries. In 1985, she reunited with Burt Bacharach and longtime friends Gladys Knight, Sir Elton John, and Stevie Wonder to record the landmark song “That’s What Friends Are For,” which became a number-one hit record around the world and the first recording dedicated to raising awareness and major funds (more than $3 million) for the AIDS cause in support of AMFAR, which Warwick continues to support.

Always one to give back, Ms. Warwick has supported and campaigned for many causes and charities close to her heart, including The Starlight Foundation, children’s hospitals, world hunger, disaster relief, and music education for which she has been recognized and honored and has raised millions of dollars. In 1987, she was appointed the first United States Ambassador of Health by President Ronald Reagan and, in 2002, served as Global Ambassador for Health and Ambassador for the United Nations’ Food & Agricultural Organization, and she continues to serve as Ambassador today. In recognition of her accomplishments and support of education, a New Jersey school was named in her honor, the Dionne Warwick Institute for Economics and Entrepreneurship. Ms. Warwick was also a participating artist in the all-star charity single, “We Are the World” and, in 1984, performed “Live Aid.”

Celebrating 50 years in entertainment, and the 25th Anniversary of “That’s What Friends Are For,” Ms. Warwick hosted and headlined an all-star benefit concert for World Hunger Day in London. In addition, she was honored by AMFAR in a special reunion performance of “That’s What Friends Are For” at AMFAR’s Anniversary Gala in New York City. Ms. Warwick also received the prestigious 2011 Steve Case Humanitarian Arts & Activism Award by the Desert Aids Project and was recognized for her stellar career by Clive Davis at his pre-Grammy party in Los Angeles. Adding to her list of honors, Ms. Warwick was a 2013 recipient of the coveted Ellis Island Medal of Honor in New York and was inducted into the 2013 New Jersey Hall of Fame.

Ms. Warwick was inducted in 2012 into The Grammy Museum in Los Angeles where a special 50th Anniversary career exhibit was unveiled, including an historic program with Clive Davis and Burt Bacharach and a special live performance. Other noted 50th Anniversary celebrations for Ms. Warwick included a new Grammy Award-nominated album, “Now,” and The Soul Train Music “Legend” Award.

In addition to honoring Ms. Warwick, the American Conference on Diversity will present awards to the following individuals:

This annual gala is one way the American Conference on Diversity raises funds to provide more than $65,000 in scholarships for students and schools throughout New Jersey to participate in our Lead for Diversity (LFD) Institute, helping youth develop leadership and race-relations skills that position them for career success.

The fundraiser, including a silent auction of artwork, sports memorabilia, and fine jewelry items, will be held at the spectacular Pleasantdale Château from 6 p.m. to 9:30 p.m. at 757 Eagle Rock Avenue, West Orange, NJ 07052. Seating is limited and filling up fast! To purchase tickets, contact Gala Coordinator Barbara Getze at bgetze@aol.com or (800) 626-8097 today. Tickets must be purchased in advance. Special Anniversary ads and sponsorship opportunities are also available to both demonstrate your commitment to our leadership-development program and to recognize Ms. Warwick and these outstanding honorees.